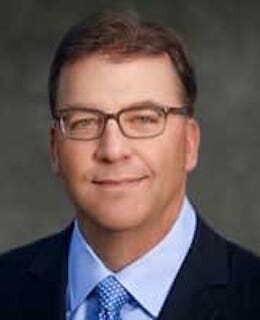 Get to Know Dr. Holland

Dr. Holland formerly served as the President for the American Society of Cataract and Refractive Surgery from 2011-2012. He was also a member of the Executive Committee and now serves as the Program Chair. Dr. Holland was a former member of the Board of Trustees for the American Academy of Ophthalmology. He has also served on numerous committees and as the Secretariat of the Annual Meeting for the American Academy of Ophthalmology. Dr. Holland has served as the Chair of the Eye Bank Association and was the former Chair of the Medical Advisory Board as well as longtime member of the Board of Directors. He is the past President of the Cornea Society and previously served many years on its Board of Directors.

Dr. Holland has received numerous national and international awards including the Castroviejo Award from the Cornea Society in 2013. He has received both the Honor Award, Senior Achievement Award and Life Achievement Honor Award from the American Academy of Ophthalmology. He was awarded the Binkhorst Medal by the American Society of Cataract and Refractive Surgery in 2008. He was a recipient of the 2002 Paton Society Award given by the Eye Bank Association of America. Dr. Holland was awarded the Asian Cornea Foundation Medal of Honor in 2016.

Among other honors, Dr. Holland has been listed in the “Best Doctors in America.” He has a national and international reputation for his knowledge and expertise in the field of cornea and external disease. He is frequently invited to give lectures both nationally and internationally. Dr. Holland has published extensively in both basic and clinical research and is the author of over 250 articles in peer review journals. Dr. Holland was the co-principal investigator of the Cornea Donor Study, the largest clinical trial ever conducted in the field of cornea. He has co-edited five editions of Cornea, the most widely read textbook on corneal disease and surgery.