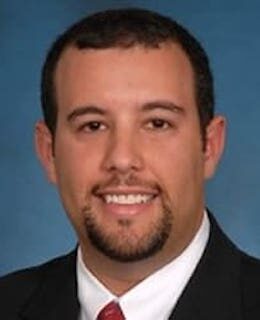 Get to Know Dr. Osher

Dr. James Osher grew up in Cincinnati and is a third generation Cincinnati ophthalmologist. He attended Tulane University, where he earned both a Bachelor of Science degree as well as a Master of Science degree in Cell and Molecular Biology. He returned to Cincinnati to complete his medical school at the University of Cincinnati College of Medicine. After a year of Internal Medicine training at The Christ Hospital, he completed his Residency training in Ophthalmology at University of Cincinnati and served as Chief Resident in his final year. He received his retina sub-specialty training in Washington, D.C. with Retina Group of Washington/Georgetown University.

Dr. Osher is an Assistant Professor of Ophthalmology at the University of Cincinnati, where he teaches residents and fellows in vitreoretinal surgery. He has been awarded the Golden Apple Award both at Georgetown University and at UC for his dedication to teaching residents. He is actively involved in clinical and scientific research, including serving as Principal Investigator or Sub-Investigator on dozens of clinic trials. He has received multiple research awards and presented at many national and international meetings. He has collaborated on surgical videos that have won honors at national and international film festivals. He has authored numerous articles in peer-reviewed ophthalmic publications and has written chapters in 8 ophthalmic textbooks.