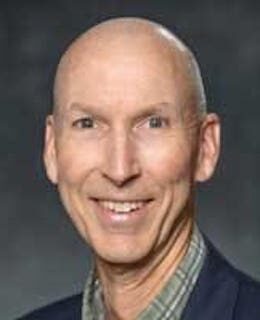 Get to Know Dr. Roebuck

Richard R. Roebuck, M.D., F.A.C.S., has practiced comprehensive ophthalmology in Hamilton since 1987. He joined Cincinnati Eye Institute (CEI) in 1998 and continues to provide a wide range of medical and surgical services to his patients in Butler County. He maintains a busy surgical practice with emphasis on cataract and lens implant surgery, medical and surgical care of glaucoma and diabetic eye disease. Dr. Roebuck is certified by the American Board of Ophthalmology, is a Fellow of the American College of Surgeons and the American Academy of Ophthalmology.

After graduation from medical school, Dr. Roebuck served on active duty in the U.S. Army rising to the rank of Lieutenant Colonel and served five years overseas including a term as Chief of Ophthalmology at the Landstuhl Army Regional Medical Center in Landstuhl, Germany. After his release from active duty in the Army, he returned to Cincinnati and established his private practice. Dr. Roebuck is active in the Hamilton/Cincinnati medical community having served as Chairman of the Mercy Physician Hospital Organization and as the past President of the Mercy Hospital Hamilton Medical Staff and two terms as President of the Butler County Medical Society. He was a founding member and manager of the Butler County Surgery Center, now known as TriHealth Bethesda Butler Hospital.

Dr. Roebuck is a native of Cincinnati and attended Cincinnati Public Schools graduating from Withrow High School. He attended Harvard University where he earned a Bachelor of Arts degree and was a varsity swimmer and maintains a membership in the Harvard Varsity Club. He is an avid golfer still working on his short game, enjoys travel and the arts and has a brown dog named Maddie. Dr. Roebuck resides in Wyoming, Ohio.