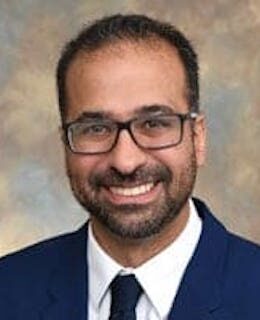 Get to Know Dr. Giuliari

Dr. Gian Paolo Giuliari, was born and raised in Caracas, Venezuela. He earned his medical degree from the Universidad Central de Venezuela. He completed an Ophthalmology residency at the Dr. Elías Santana Hospital – affiliated with the Pedro Henríquez Ureña University in the Dominican Republic. After completing his first residency, he decided to pursue further subspecialty training. He did a two-year comprehensive training program in the diagnosis and management of diseases of the retina and vitreous at the Valley Retina Institute (VRI) in McAllen, Texas. After finishing his retina fellowship, he decided to take his training one step further and learn more about ocular inflammatory diseases. He joined Massachusetts Eye Research and Surgery Institution (MERSI) where he completed a one-year Ocular Immunology and Uveitis fellowship with Dr. C. Stephen Foster. After completing his second fellowship, he studied Ocular Oncology and Pathology at the Princess Margaret and the University Hospital Network of the University of Toronto, ON.Following his training in Ophthalmology, he headed back to Venezuela where he worked in both a private clinic and in the public (academic) sector at Domingo Luciani Hospital as an assistant professor. After a few years he came back to the US where he completed a second Ophthalmology residency at Indiana University.

Throughout his training, he has been interested in clinical research and always believed in the necessity of research as a companion of medicine. This led to participating and initiating several projects that culminated in numerous peer reviewed scientific publications, book chapters and posters. He also has been invited to give lectures in several national and international meetings and academic programs working closely with the residents.